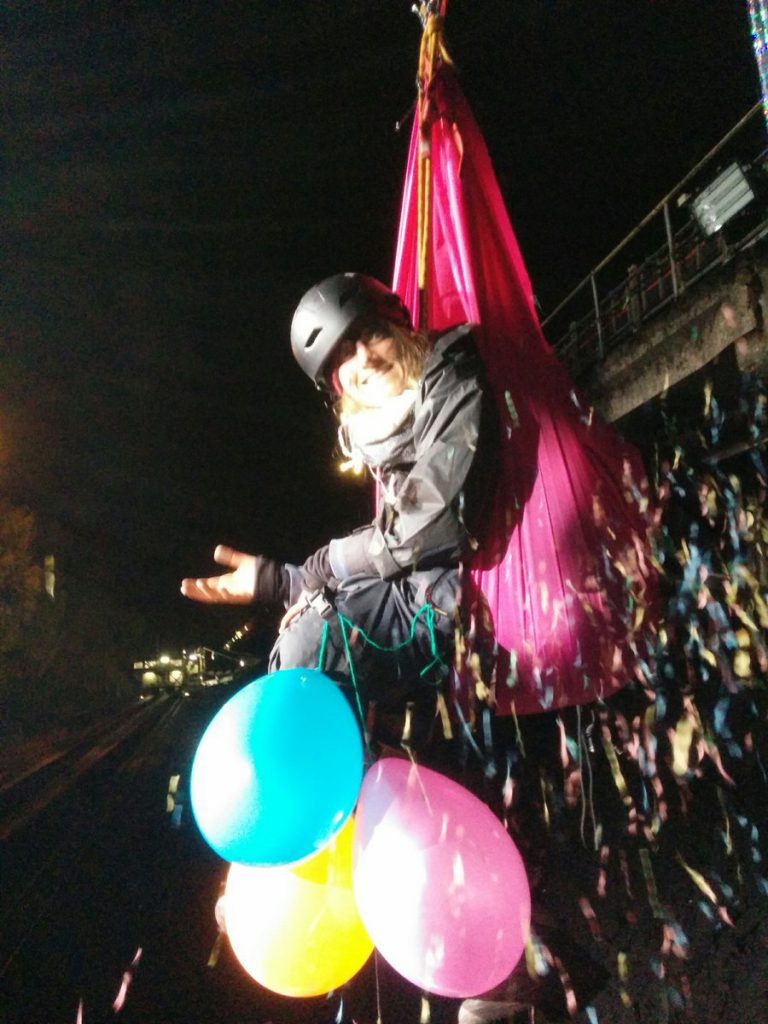 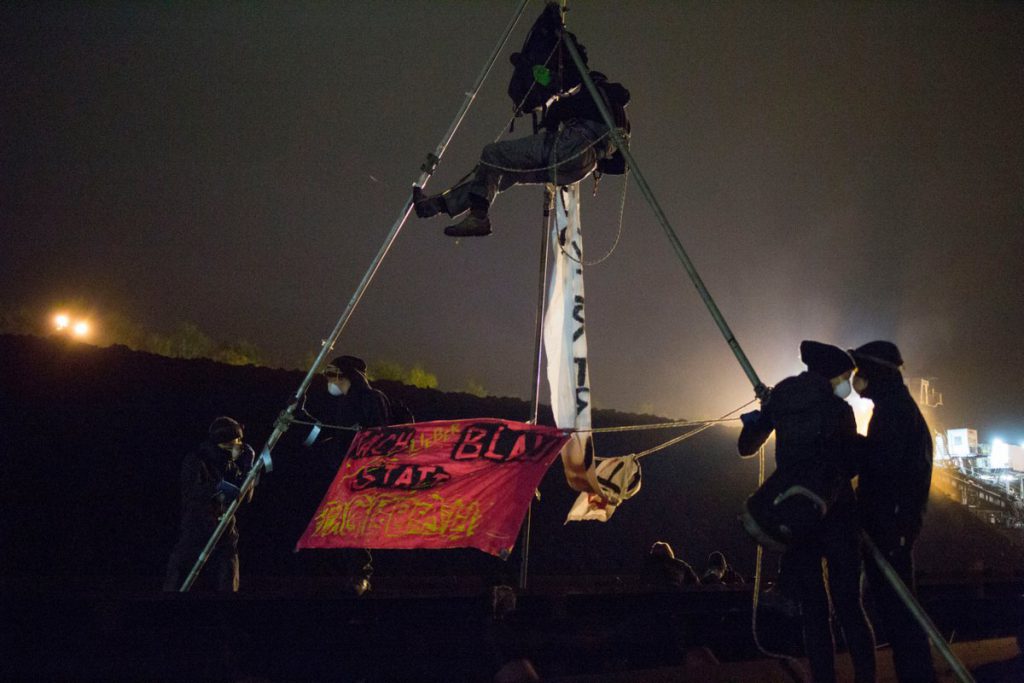 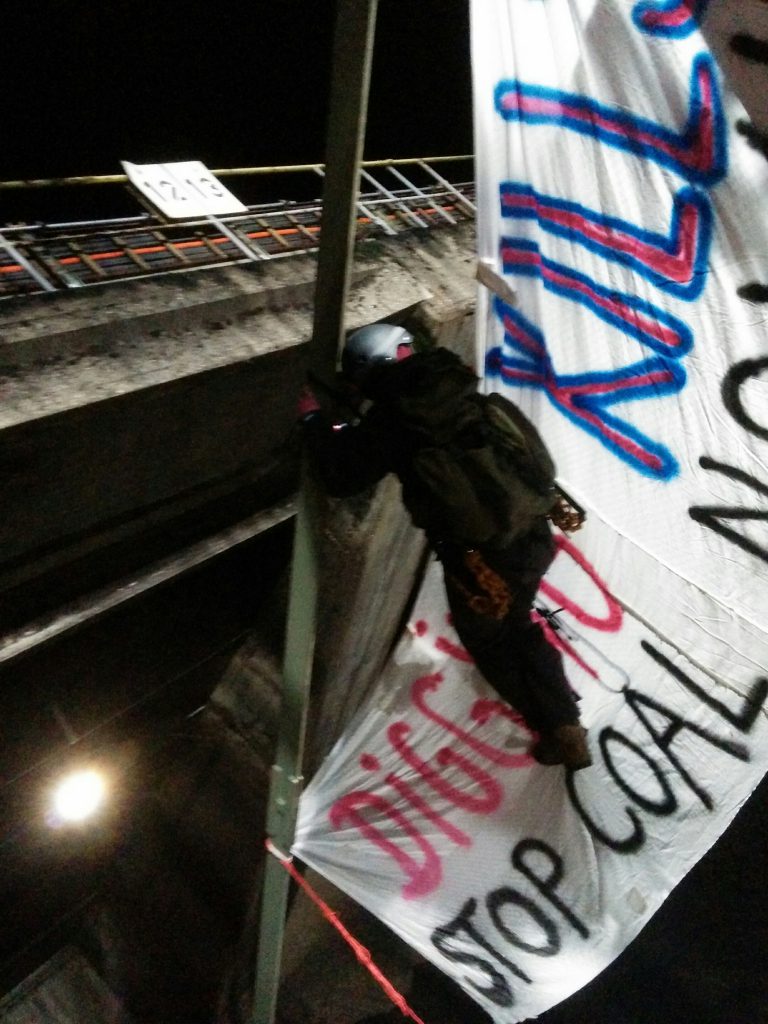 The activist‘s declaration on the blockade at the lignite power plant “Weisweiler” on November, 15th, 2017

We have to act, because you only talk!

Today we blocked the conveyor belts and diggers of the power plant
Weisweiler using lock-ons, tripods and climbing tools to stop the whole
coal transportation within the power plant. This way we took action to
get closer to climate justice. The conference of parties in Bonn comes
close to an end and again it’s already clear: nothing is going to change
– how else could it be. While delegates of states negotiate on so called
climate goals, just some kilometers away the burning of lignite coal
continues without end.

The open pit mines in the rhine-region are the biggest CO2-emitters in
europe. While pushing climate change, countries in the global north and
especially the industrie there profit from burning lignite coal. But the
impacts of climate change affect mostly people in the global south where
global change and the capitalist logic already stole the lifelihood of
millions of people. Everyday we reproduce colonial structures there.
While all of us are affected by climate change in some way – the impacts
hit us differently – depending on where we live, on our clase, gender,
race, … .

When we talk about climate justice we say: We don’t want priviliges for
some people at the cost of many. If we want to get to a point where all
people lead a good life, coal powered power plants here have to stop.
They are a part of the capitalist regime that lead to destruction and
powerty. Neither this system, nor the negotiations at the COP or a so
called green economy will bring justice because all of this follows the
ideology of unlimited growth.

We are sure it’s necessary to get organized – take part in new or
existing climate justice groups . We need to live alternatives – build
neighbourhoods in solidarity and change your supplier of electric
energy. Let’s be the spanner in the works of the fossil capitalism!

With this action we want to show: stopping the burning of lignite coal
stays necessary manual work. It only needs a few to stop parts of this
system. We act because others just talk.